The history of podcasting (GUEST BLOG)

In 2004, the word “Podcast” appeared for the first time in history. Think about that for a second – the word “Podcast” isn’t even a teenager yet. The official definition is, “Podcasts offer in-depth reporting that is often informative and inspiring.”

In 2001, Steve Jobs announced the original iPod. By 2004, a genre of narrative audio that took the iPod’s coined name “podcasting” became a thriving mini-industry. Overnight it seemed, there were podcasts being launched about politics, sports, literature, comedy, and much more. According to USA Today, Apple has already surpassed 1 billion subscriptions for podcasts via iTunes. 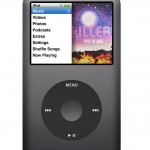 Podcasting remains a niche medium compared with the mass reach of radio and television. Approximately 39 million Americans (15% of the over-12 population) listened to a podcast in the past month, up from 9% in 2008. END_OF_DOCUMENT_TOKEN_TO_BE_REPLACED