How to tell a memorable sports story

Sports stories are so easy to write, even robots can do it.

The Associated Press is using automated technology to write thousands of stories about college games. It uses software which takes game data and converts it into a narrative. Toss in a pound of stats, and it’ll crank out a story. 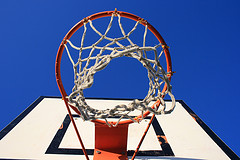 That’s okay if you want a story that’s based on stats. But if you want to write a memorable sports story, you need to give more than just stats.

Sports is entertainment, and sports fans are passionate. They cheer when their team wins and cry when they lose. Stats can’t capture any of it. Good sports reporting is the ability to recognize a story angle that a reader, listener or viewer will relate to on an emotional level.

During the 2015 NBA Championships, many sports reporters wrote about the standout performances on the court. Those stories, based on box scores and stats, are easy. Robots can write about the players who scored the most and if they over or under-performed. But the playoff moments that really resonated, with sports fans and non-fans alike, were when Stephen Curry brought his two-year-old daughter Riley to the post game press conferences; she stole the show. People who don’t watch basketball knew her name.

The 2015 Super Bowl was memorable for something not found on a stats sheet: a questionable call. The Seattle Seahawks’ decision to pass, instead of run, from the goal line cost them the game. Few fans could believe the call, and it was debated in depth for weeks. A robot can write a story that says the Seahawks were close to scoring but were intercepted. It can’t capture the tears that fell down most Seahawks fans’ faces.

Don’t get me wrong: Stats are important. The bottom line for any game is who won and who lost. But sports stories need more. Use the stats as your foundation, but find the emotional hooks that exist in every game to tell a memorable story that won’t be quickly forgotten.