Monetizing Your Podcast: Assigning a Value to the Show

I’ve struggled for a while with how to monetize my podcast. I don’t think it’s a stretch to say that (most) podcast creators aren’t used to hustling their creations for money. 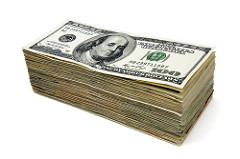 I know it’s easy to be overwhelmed by the notion of starting to sell your podcast. Who to pursue? How much to charge? What could it sound like?

I think the first thing a potential advertiser/partner will want to see is consistency: How long has the show been running, has its audience continued to grow and is it released on a dependable schedule?

When I was getting Car Con Carne off the ground, I wanted nothing more than to immediately make it financially viable. There’s a hard cost of $25-45 per show, not including hosting costs, that I couldn’t independently cover. Even though I wanted to sell the show from the beginning, I knew it was premature. In a way, I had to prove the consistency, growth and dependability to myself first. My short-term solution (still in place) was crowdfunding.

Now that I’ve spent the better part of two years developing my show into something I can say is growing, improving and being delivered on a consistent basis, I need to take it to market.

The common currency for podcast sales is CPM: Cost Per Thousand impressions. In podcast terms, that can mean total listens, total downloads or a combination of the two. I’ve seen the stated value of 1000 listens/downloads range between $18-25, and more often it’s the latter.

Newer, still-establishing-themselves podcasts take a while to hit the 1000+-per-episode mark, which can make creators think it’s not worth trying to sell sponsorships. But 1000 impressions is valuable, whether they happen in a week or over the course of a month. If your show is weekly and it’s pulling in the range of 250 listens per show, there’s no reason you can’t charge based on a monthly CPM.

And let’s be honest, there’s more to your show than metrics. You’re bringing your expertise, social media presence and show’s unique niche to an advertiser. Name your price to play. If you can properly articulate why your show is worth $50… even $100 per month… ask for it.